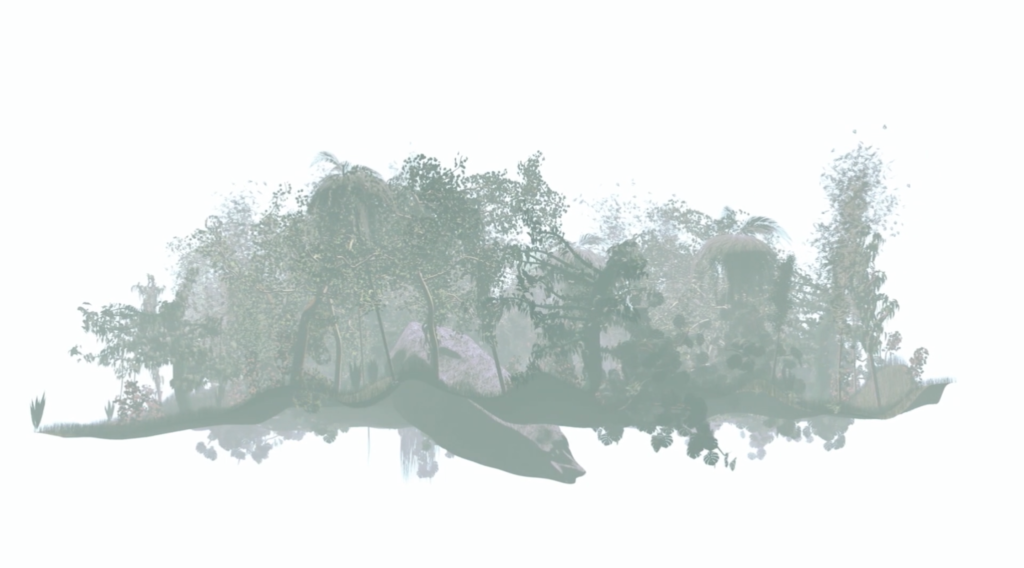 The Red Island, better known as Madagascar, has been called by many other names, among them “Emerald Island”, after the infinite shades of green of the forests that covered it. The predominant color today is the bloody ochre of its soil.
Nosy Maitso _ “Green Island” in Malagasy _ is an attempt to revive and extend the memory of this ancient land. It is a virtual universe that can be visited via the internet, an idealized digital space, a utopian reflection of the 4th largest island in the world.

What would happen if Madagascar was still covered with forest? What if the imaginary beings that populate the Malagasy culture found body and consistency there? What if the living could make their wildest hopes real? But also: what are the objective realities that prevent utopia from happening?
The short film presented here is a kind of trailer and gives an account of the spirit of the project: to give substance to the dream thanks to the power of technology and to confront it with the hard reality of the facts through observation and scientific analysis. This confrontation will lead to the creation of this virtual universe (comparable to a video game) and of an experimental documentary which will try to reconcile the dimension of the dream and that of reality.